It's safe to say now that DJI truely owns the market in every sense of the word. With the recent release of the DJI Mavic Pro 2 and Zoom, Spark and Mavic Air, they're now dominating the lower priced drone niche. The DJI Tello (by Ryze Tech) is the cherry on top, literally!

I had the opportunity to use and test a DJI Tello and give you the unbiased and full review and my thoughts. So lets get to the important stuff that you as a potential buyer care about. The camera isnt much better than an old android camera, 5 megapixel photos, 720p video and no sort of gimbal or image stabilization which keeps this drone being anything usable in the commercial industry. Battery life first and foremost is actually a surprising 10-12 minutes with batteries coming in at about $15-$20 depending on where you buy, in stark contrast to that of the Inspire 2, where batteries run $320 a set! Now the advertised battery life is usually set based on a hover test, so you can expect several minutes less of actual flying. This drone has some cool built in flight features that I'll get into later but to use those you must have at least 50% battery to use them unfortunately. Next, we run into range. With something like the Tello or similarly the Parrot AR drone 2.0 run on a wifi connection, which inherently limits them to the range of a standard wifi signal which can be on average about 100 feet if you're lucky. You can buy range extenders for about $10 on amazon if you really need that extra range. Height is limited as well.

So you may ask with little battery life, less than ideal camera and short range what is this drone good for? Well, if I'm being honest, not much from my point of view and a money making standpoint. However this drone is an excellent choice for a toy or just something cool to keep with you at the office or school etc, It's meant to be a learning device and a toy nothing more. That isn't a bad thing though. With the help of Intel, you can learn to program with this drone, using their very own coding program to set flight paths and if you wanted to, link several drones together and have them perform aerial stunts. In addition, this drone has built in flight patterns such as orbit, up and away selfie mode, and much more. You can also perform aerial stunts with the swipe of a finger (as long as you have at least 50% battery).

My thoughts on the whole drone are as follows:

The drone was so much fun to fly around the house, the propellor gaurds gave me the confidence to fly looking only at the screen (FPV) but the fact that you cant move the camera took it away. not seeing what is up above or below really was a little scary, so it really just limited you to flying forward and back. I will say that flying using a phone as a controller was something else, and I much prefer the classic controller, but it wasn't too bad. I was able to pick up quite a few accessories that didnt come with the drone, which I was a little dissapointed to see. It does come with a charger but you need to charge the drone battery while it's inside the drone limiting you to one flight every hour and a half or so. So I bought a multi charger for about $15, a second battery for $17 and a nice Hard case for everything to fit into for $20. So to really get the most out of this $100 drone, you need to spend at least $50 to really get set up for fun. I would say it's worth it tho, this is such a great way for a newbie pilot to get used to drones and the basics very quickly, safely, and cost effective at th esame time. This drone would make en excellent christmas present, its loads of fun for the price and can you really put a pricetag on fun? I don't think so! I reccomend this drone to anyone new to drones and not wanting to jump right up to a Phantom or Mavic right away. But don't take my word for it, get one for yourself and start flying! 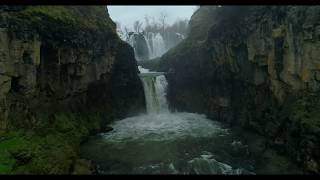 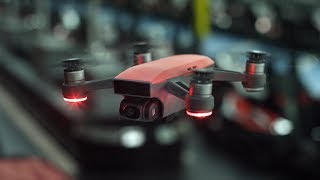